Eliza Hatch: How one catcall sparked an international campaign

The activist and photojournalist created Cheer Up Luv, a platform allowing womxn to reclaim their narrative and normalise the conversation surrounding sexual assault and harassment.

About three years ago, Eliza Hatch graduated from the University of Brighton with a degree in illustration and graphics, almost certain that was going to be her career trajectory. While working on set design for television and film, Eliza felt as though she needed to channel her creativity into a side project. She began to dabble in photography, taking pictures of her friends not knowing it would lead her to creating the worldwide platform for sexual harassment awareness amongst womxn.

She recalls her days of feeling creatively stunted saying, “I was working a job that was really fulfilling but it wasn’t fulfilling in a creative sense. I was just doing a job that someone else wanted me to do, which was great but I felt like I needed something else. The project came from a marriage of two things of being frustrated at street harassment and listening to all of my friends' experiences to being inspired by my male friends who had no idea what was going on in our everyday lives.”

The name, Cheer Up Luv, actually came from Eliza’s own experience with harassment. In January 2017, as she was walking down the street, minding her own business (as most women are in these situations), when a man catcalled her, shouting, “Cheer up, love!” Annoyed by this uncalled for outburst, Eliza began to question why this was such a normalised phrase primarily directed towards women:

“I’d heard it many times before said to me but it always pissed me off and I never really realized why I found it so grating. Why was this a socially acceptable thing that women experienced? It got me questioning the pyramid of abuse and harassment that women face and normalise in their day to day lives, how it can start from something so seemingly harmless, like being told to cheer up by a complete stranger.”

She then took to Instagram, creating a page with photos of her friends on buses, tube platforms and any other place they experienced harassment. Eliza makes it a point to photograph each woman at a public place to serve as a stage to reclaim their story. The twenty-six-year-old adds, “I wanted to call the project, Cheer Up Luv, to show the scale of what women experience and how it can start with something so small but can escalate to other forms of harassment and abuse.” 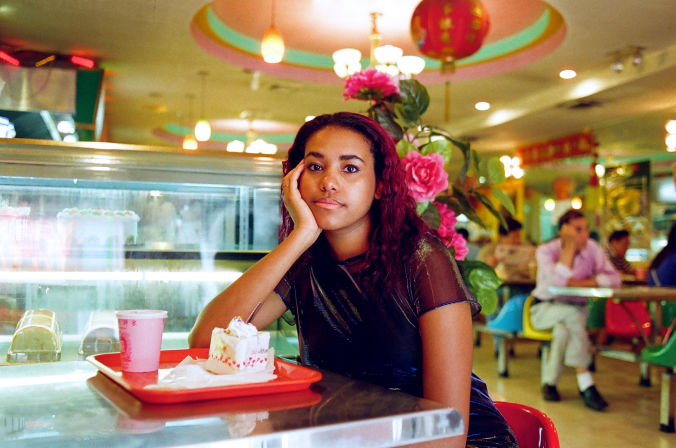 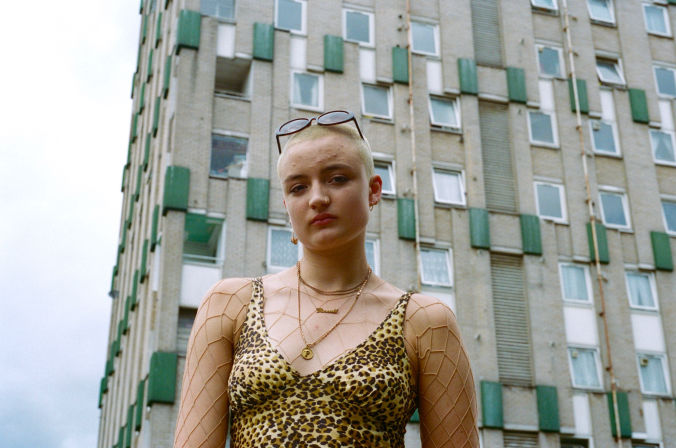 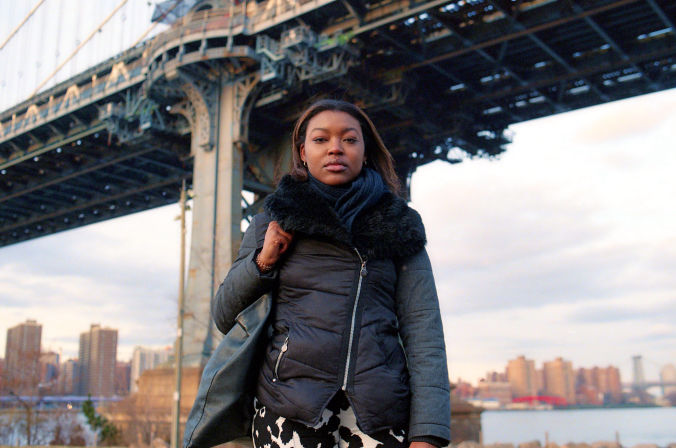 It wasn’t long before Cheer Up Luv really started to gain some traction from the media. The self-taught photographer began receiving emails from women expressing their gratitude and sharing their stories as well as people asking for interviews and commissions. After its start in London, it has spread to countries all over the world like the US, Japan, Holland, Mexico and many more.

Cheer Up Luv began to garner praise and notoriety in May of 2017, right at the beginning of the #MeToo movement and then again following the Harvey Weinstein scandal. But the newly found public recognition came with some backlash, primarily from grown men. This didn’t come as a shock to Eliza:

“I got a huge amount of backlash from men saying that I was being sexist and that this happens to men too and that I was a feminazi. It always got some kind of strong reaction from men.”

Eliza points out that her day to day posts are manageable, not attracting too many misogynistic haters, which is a stark contrast to when she’s featured in a larger publication. Earlier this year, the BBC did a feature on the campaign, posting a photo of Eliza’s face, front and centre.The London-born activist remembers watching thousands of comments accumulate under the post on Facebook. “I didn’t actually read them but I knew they were bad because I kept getting messages from my friends and asking if I was okay and that I shouldn’t listen to what anyone says. I was just thinking, ‘wow this must be really bad’. It was just really affirming that I’m definitely not going to look,” she says laughing.

Despite the backlash, Eliza has never shown signs of slowing down. In September 2018, she was contacted by the United Nations Population Fund to create a campaign on sexual harassment in Sri Lanka. After learning the statistic that 90% of women experience sexual assault on public transportation but only 4% report it, Eliza immediately signed on to the project. She then set off to interview and photograph 16 different women in 16 days on their experiences with sexual harassment on public transportation.

But the multimedia campaign had its fair share of hiccups along the way. Eliza and the UNFPA team struggled with getting interviews because many women were afraid to speak out, not to mention the criticism they received trying to expose this issue: “[Cheer Up Luv] gets a lot of negative attention when I do the campaign in other countries because sexual harassment is still a pretty taboo subject across the world. There have been people who have reacted very negatively towards it and have dismissed the stories or assumed that everyone involved was a paid actress, that it’s all feminist propaganda and that none of it is actually real.”

The heartbreaking and eye-opening campaign titled, “Don’t Look Away”, was part of the 16 Days of Activism Against Gender Based Violence and ended up being much more large scale than either Eliza or UNFPA had hoped. The campaign was advertised both online and offline, with posters covering the bus stops of Sri Lanka’s capital city, Colombo in addition to social media buzz, workshops and exhibitions.

After her life-changing experience in Sri Lanka, Eliza wants to tackle the conversation on sexual harassment to more countries around the world, giving more women a chance to amplify their voices. She mentioned wanting to visit european countries like Poland and France as well as asian countries like Russia and India. But it’s actually South Korea that’s at the top of her list:

“I’d really, really like to go to South Korea because I know they have a huge issue with hidden cameras. There’s this thing called molka, which is cameras in bathrooms. There’s basically a hidden camera in almost every single public toilet and restroom. It’s illegal but they can’t really do anything about it. It’s this new form of upskirting and is completely widespread all throughout South Korea.”

As for what lies ahead for Cheer Up Luv, Eliza dreams of one day expanding and franchising her campaign to other countries. She hopes to relinquish some of her power and creative freedom onto others as the Cheer Up Luv empire grows. She says, “I’ve been thinking about adopting a different kind of model, sort of like a Catcalls of NYC, where they have their own teams in other places around the world. Basically, have a bigger team other than myself, whether it’s taking pictures or doing what I do on a larger scale.”

Sighing and a bit reluctant about the idea of global expansion, she does note that it does seem likely within the next year: “It’s my baby but I think the most natural thing to do is to expand it.”

Above all, Cheer Up Luv’s main goal is to provide a safe and positive place for womxn on such a negative topic. It’s meant to normalise the conversations surrounding sexual assault and sexual harrassment in a way that’s both empowering and educational. 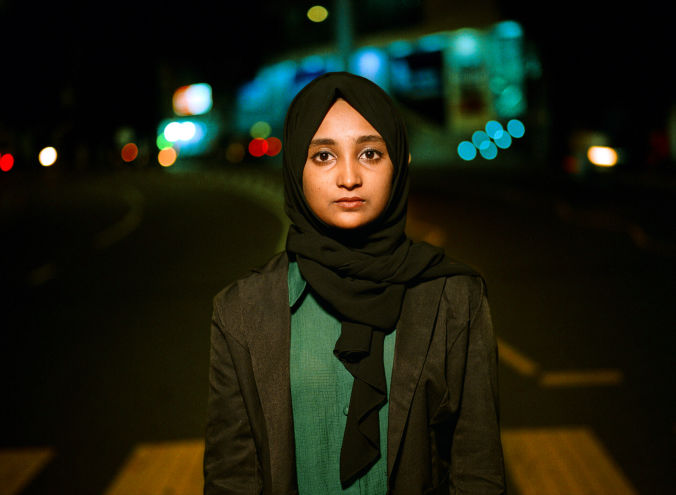 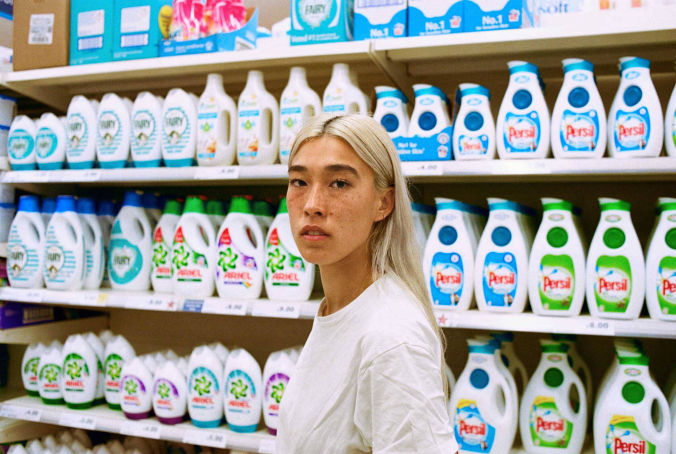 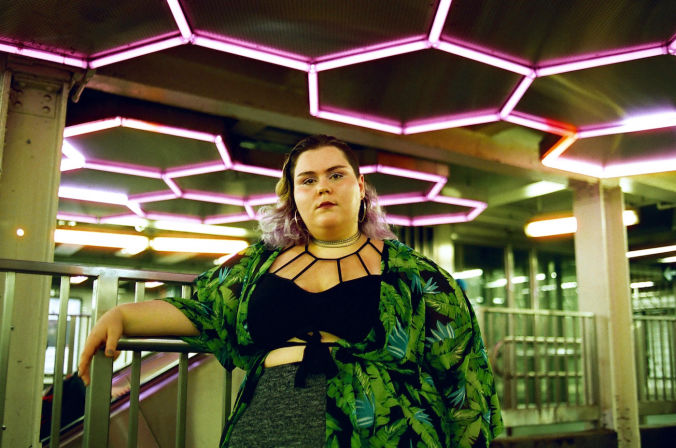 When reading the majority of these womxn’s stories on the Cheer Up Luv page, it’s apparent that most, if not all of them, have experienced some form of harassment at such a young age but never felt comfortable enough to speak out about it, until now. Eliza adds, “[Reporting about it] is so much harder and there’s a huge lack of support for victims. We do need to start challenging that more and the first thing we can do is assure women and girls that these things that they’re experiencing aren’t normal and shouldn’t be happening. We should also be having conversations with boys at school and teaching them that these things are not acceptable.”

Eliza encourages everyone to educate themselves and those around them on this topic. When asked what it means to be an Angsty Young Adult, she replied, “I think it means to be questioning and to never be satisfied and to always keep pushing for better. If you live a comfortable life, there are so many causes and things that you should be angsty or angry about. I think that means to always push for change.”

Despite the pandemic, Eliza has been keeping busy, doing freelance photography as well as social distancing photoshoots in London and Facetime shoots of womxn around the world for Cheer Up Luv. She also frequently answers people’s DMs on the Cheer Up Luv Instagram page to keep that sense of community during these difficult times.

As a woman of colour in the UK

Love after Lockdown? Welcome to the dawn of a new dating world